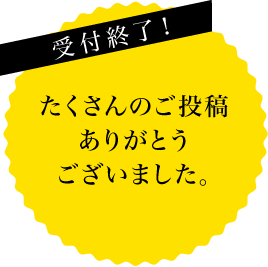 I was born in 1937. I was in the second grade of elementary school when the Second World War was over. After several years of its end, we learned Roman letters. Thinking Roman letters to be English, it is a laughing matter today, I entered a junior high school. We used “Jack and Betty" as a text book. Because some students of rich families went to cram schools, they could read English sentences quite easily: "I am a boy." While thinking it strange to me, the mid-term test started soon. As a result on the examination, regrettably I got zero on that. My father and I attended a meeting related to the result of the exam with our homeroom teacher. At that time he said, "This is hopeless, you know" We could understand what he meant. I could say nothing but "Oh, no! “ And I moved up to the second grade of the junior high school. Fortunately, English was an elective subject: five or three classes a week in the second grade in those days. Some students chose three English classes and two classes of agriculture or commerce, others did five English. Being poor at English, I chose three classes. The students who chose three used to carry human manure to our farm near the school.

By the way, I happened to read "Our junior high school days" published by Obunsha, a publisher, during the summer vacation. In it I came across some sentences written by Prof. Seiroku Honda at Tokyo University. He lost his father at the age of 11, this unhappy happening caused him to be under difficulties to enter Tokyo Forestry College (present-day Agricultural Department at Tokyo University), in addition he failed in the first term examination, so he tried to jump into an old well in the back of his dormitory to kill himself, but he failed to, because it was too shallow. He thought that if he would die, he decided to study to the degree of death, finally graduated from it at the top of the college. Moreover, he graduated from a university in Germany and became a professor at Tokyo University, though young. That story motivated me to work diligently. His valuable experience spurred me to have decided to study English from ABC. Then, I had very poor knowledge of English, so I couldn't tell "f' from "b", which were written in long hand. I had no money. I engaged on a construction work on the side under the burning sun, getting 85 yen a day, 595 yen in total. Just after getting this money, I went straight to the bookstore with it to buy two reference books for English: “Introduction to English Grammar” and “Introduction to English.” I can't surely remember the time when I began to study English, but got up at three every morning to study nothing but English very hard. When I was in the third year at junior high school, I learned so hard that English appeared in my dream at night. It was Prof. Seiroku Honda who taught me the importance of working hard.

The second person who actually led me to study was a certain governor of Saitama Prefecture. Unfortunately I have forgotten his name. He noted he went to a university by train in two hours, studying in the train using it as his study. This story also stimulated me again to study more. When I got salary, I ate only “kitsune udon” (noodles in soup with thin pieces of fried bean curd), saving the rest of a monthly salary for a year in order to go to university. From the following April I got up at five a.m. and ate breakfast in haste, which Mother prepared for, after finishing it, I got on the 6:08 local train for Kyoto at Isa Station (the Sanin Line), it took me two and a half hours to commute to Ritsumeikan University in Kyoto.

The third man who taught me how to learn foreign languages was the president of the former Osaka University of Foreign Studies. He graduated first on the list. And then he taught German at the seventh high school under the prewar system in Kagosima Prefecture, after the Second World War he taught German at Ritsumeikan. He studied very hard and finally his tatami he kept sitting on got rotten and he used to say: "You must have at least ten dictionaries besides you when studying." As the territory of my reading spread wider, I came to understand the importance and necessity of having many dictionaries. I think I must show gratitude for having been able to teach English for 50 years thanks to good seniors and teachers for my life. Even now I teach English during the summer vacation for senior high school students.

Ten years after graduating from the department of literature at Ritsumeikan I started again to study in the college of law at Ritsumeikan. Twenty years have already passed like an arrow since I retired, I have been aiming to be all agog with walking to prevent senility, such as walking the old-time fifty-three stages on the Tokaido Highway, the old-time Nakasendo and roads sponsored by an association for the discussion of historical stories of our city for our purpose of walking. I am exercising translating Japanese from the Asahi Shinbun's "VOX POPULI, VOX DEI” (天声人語)into English every day, having finished those of 3000 days. I'm enjoying English every day even at the age of 80.I can't thank Ritsumeikan enough for everything it has done for me, particularly did in my youth.